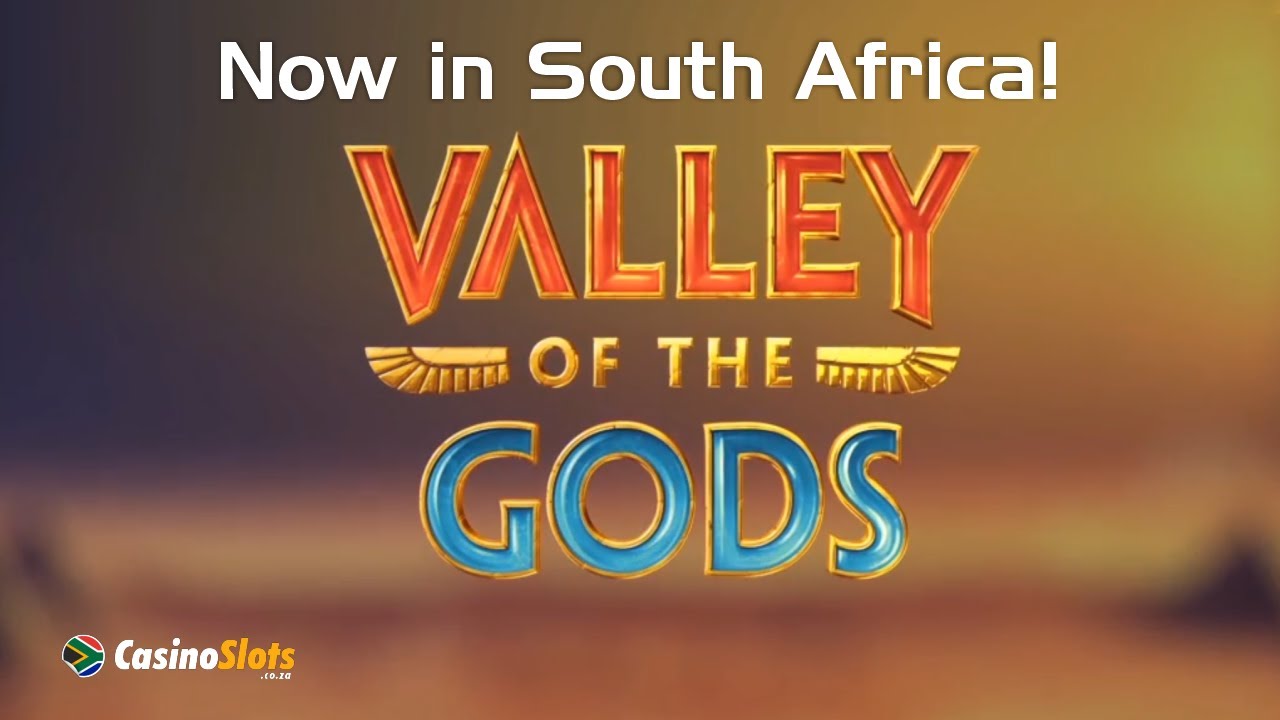 Take a trip to Ancient Egypt and stand a chance to discover riches beyond your wildest imagination in Yggdrasil’s Valley of the Gods slot. This fun game plays out in front of a gigantic temple guarded by the Egyptian deities Anubis and Horus.

When playing the slot, players can look forward to payouts up to 5800x the bet, all thanks to a variety of bonus features like Respins, Win Multipliers, Symbol Collection, and Extra Lives. Read our review of the game to learn more about these features and how to unlock them for a chance to win big.

As the name suggests, the valley of the Gods slot by Yggdrasil is inspired by gods and goddesses of Ancient Egypt. The game uses a 5×5 grid layout, and the machine can churn out up to 3125 paylines in a spin when all blockers are removed from the reels.

The pay table is made up of various Egyptian deities and hieroglyphs namely Horus, Anubis, Osiris, Bastet, Ibis, Eye of Horus, Serpent, Cat, Ankh, and Twisted Flax. A set of five Horus symbols appearing on a payline awards 20x the bet, which is the highest standard payout in the game.

Besides the regular symbols, Red and Blue Scarab beetles can also appear on the reels during the gameplay. These special Scarabs are collected on the symbol meters on either side of the reels, triggering Multipliers and Extra Lives when the corresponding meters are filled.

Valley of the Gods slot does not have Wild or Scatter symbols.

How to Play Valley of the Gods Online Slot

Follow these simple steps to play Valley of the Gods game on your desktop, tablet, or smartphone. You can play the slot on your browser without downloading additional software.

Click on the purple button on the left-hand side of the screen to view the pay table and game rules.Use the -/+ to pick a coin denomination. The game has 45 betways, and you can stake between R1 and R250 per spin.Click on the Spin button to start the game.Alternatively, you can use the Auto-Spin feature to play 10 to infinity automatic spins.

How to Win in Valley of the Gods

Winning in the game is pretty easy, since all you need to do is land three or more identical symbols on adjacent reels, starting from the left. The machine uses RNG technology to generate the symbols appearing on the screen in each round, which makes it impossible to alter the outcome using cheats and strategies.

The variance of Valley of the Gods slot is medium level, and its theoretical return-to-player (RTP) is 96.20%.

These are the features that increase your chances of getting good return on your money when playing Valley of the Gods game.

Each game round starts with 12 blocker symbols and 8 standard symbols on the reels. When you form a win, golden Scarab beetles will spawn from the winning symbols and expand the reel set by destroying random blocker symbols. The space left by the blocker symbols is filled with random standard icons and a Re-spin is awarded, giving you the chance to create more wins. The Respins continue until no new win is formed.

The Lives bonus is activated when all blocker symbols are removed from the screen. An extra Life is awarded when the reel set is fully expanded, and the number is increases by +1 every time you collect 5 Red Scarabs. The extra Lives collected award bonus spins if you do not get a winning combination during a Re-spin.

A x2 Win Multiplier is awarded when you destroy all blockers on the screen. The Multiplier value is increased by +1 every time you collect 5 Blue Scarab symbols.

Valley of the Gods has a demo or free-play version that punters can spin with fun credits. Spinning the demo version is a great way of familiarizing yourself with the gameplay and mechanics of the slot before playing for real money.

Play Valley of the Gods for Fun