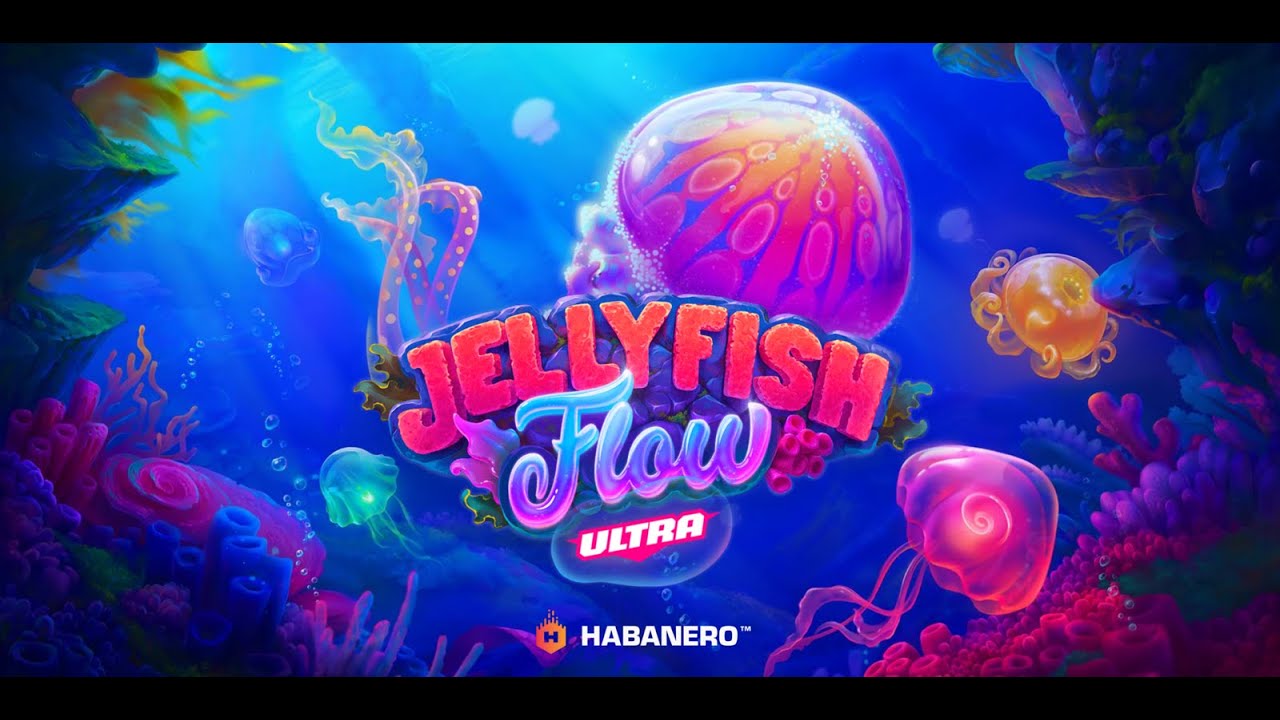 Jellyfish Flow Ultra slot game from Habanero Gaming is an enhanced version of the original Jellyfish Flow game, which first appeared back in September 2020. Despite it not being so long ago, Habanero has already decided to perk things up a bit and re-release the slot as an ultra-edition. The original game features three reels which could expand into seven reels and dynamic gameplay that saw between 27 and 823,534 ways to win. It was also highly volatile.

Discover what Jellyfish Flow Ultra has to offer and how it differs from the original as we put it front and centre in our Jelly Flow Ultra slot review.

More of the Same or Wholly Different?

Much like its predecessor, Jellyfish Flow Ultra is a highly volatile game that starts out as a 3×3 grid. Once again, there are twenty-seven lines to help you pocket wins. However, these can expand, giving you a (potential) 7×7 grid with up to 823,543 ways to win. Thus far, everything in the game looks rather similar to its predecessor.

The RTP in the ultra-edition is set to 96.69%, and, of course, that’s precisely what you’d expect to see in the original game. Even the stakes are identical, too – ranging from 0.15 up to 3,000.00 a pop. The first difference comes in the prizes that you can win. The standard game offers 32,146x your stake, while the ultra-game provides wins worth up to 168,004x a bet.

As you may have guessed, there isn’t much difference when we start to look at the game’s basic features, either. You’re looking at an expanding reels/lines feature here. You’ll begin with three reels and twenty-seven ways to win, as mentioned above. However, there are Jellyfish wilds that can not only substitute for other symbols to help you land a win but can also expand the reel set.

When they appear, they will boost your ways to win and become sticky on the reels. The more wilds you can keep landing on the screen (along with wins), the closer you will get to landing the full 7×7 reel set with its eight hundred thousand-plus ways to win. Make no mistake about it, though; this will be no mean feat. It is also the same feature you can find in the base game.

So, What Does Ultra Mode Bring to the Table?

You’re probably where the “ultra” part comes in by now. We need to revisit the betting component to cover that.

When you first place your bet, you can choose to increase the volatility of the game. Doing this will make the basic Jellyfish Flow game highly volatile – and we mean extremely volatile. However, this will also boost the amount you can win. You’ll go from trying to win prizes worth over 32,000x a bet to over 168,000x a bet.

The volatility level is thought to be almost ten times as high in the Ultra Mode. And while the wins won’t come as thick and fast as in the standard edition, you can expect them to offer more life-changing sums of cash when they rear their head.

Ultimately, if you enjoy what this expanding reel slot has to offer but aren’t made of money, the original Jellyfish Flow slot will suit you fine. If you’ve got cash to gamble on a seriously highly volatile (but epic paying) game, then switching over to the Jellyfish Flow Ultra game may be worth it. However, the two games are identical. It is just that one (Ultra) has the Ultra Mode and the other doesn’t.