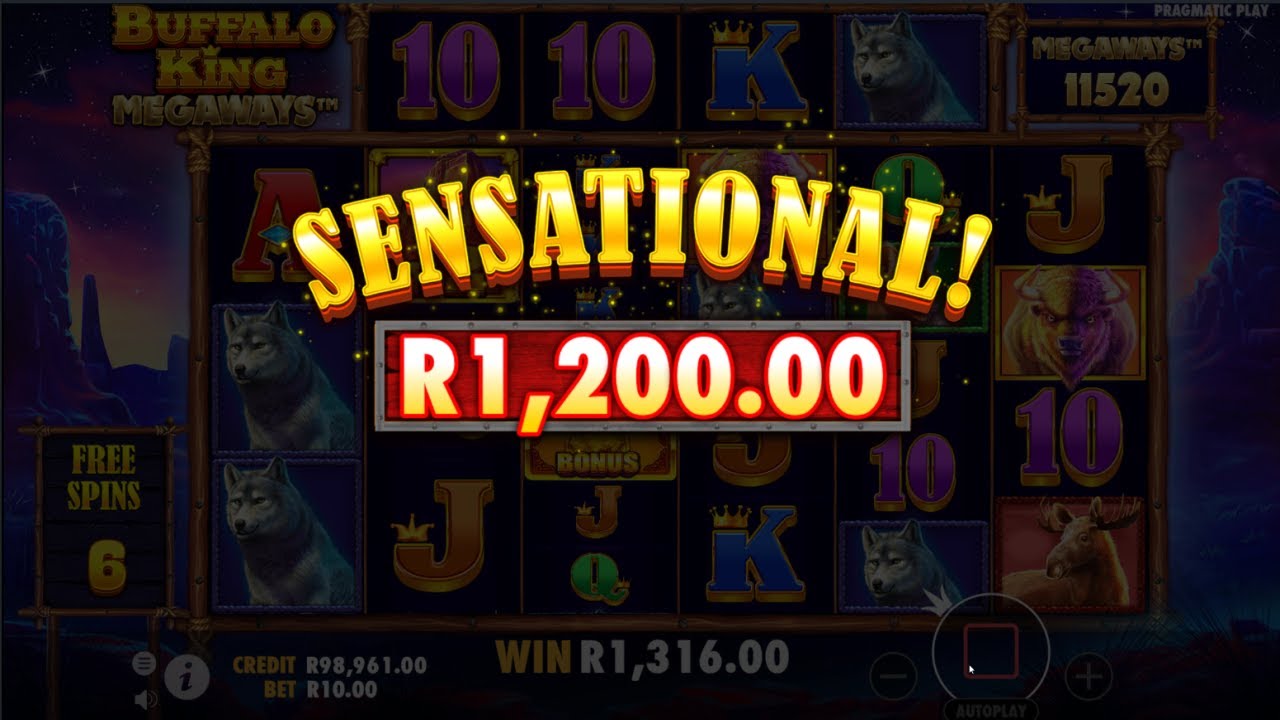 Inspired by the buffalo and other animals found in the wilderness of North America, Buffalo King Megaways is a 6-reel video slot published by Pragmatic Play. The title is a revamped version of the original Buffalo King slot by the same provider. The game is built on the Megaways engine, which alters the number of symbols and rows on a reel in each spin, giving you up to 200,704 win ways per round.

The machine has a maximum potential win of 5000x the total stake, and the in-game features range from Tumbling Reels to Free Spins with random Win Multipliers and Multiplier Wilds. Read on to learn how to play the game for the best returns.

The Buffalo Kings Megaways game takes players to the prairies of Western United States for a close up encounter with the mighty bison and other species of wildlife. The action unfolds on a grid with 6 reels and 2 to 8 rows, and the Megaways engine can spawn up to 200,704 paylines during a spin. The reel symbols are the buffalo, American eagle, cougar, wolf, moose, and regular card values A, K, Q, J, and 10. The animal icons act as the premium symbols, while the royal cards represent the lower symbols. 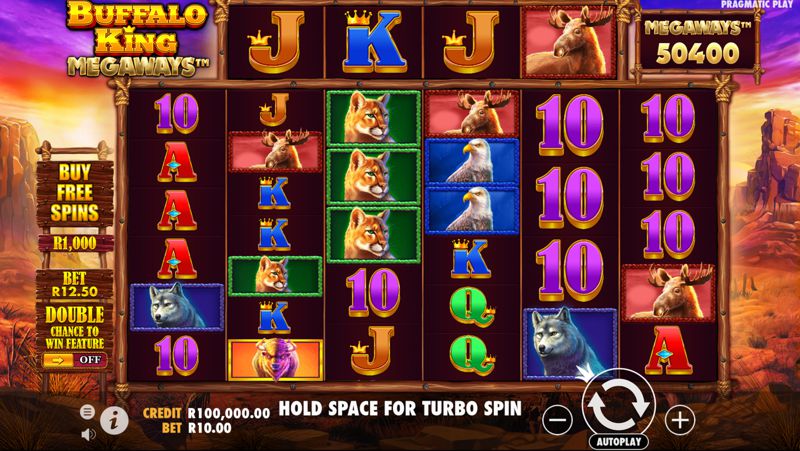 The symbol with the canyon is the Wild card in the game. The icon appears on the four middle reels only, and it can replace any of the standard symbols on the paylines to form winning combinations.

The Bonus icon is the Scatter. The symbol triggers the Free Spins feature when four or more appear on the reels in any random arrangement.

Open the information page to view the pay table and payout informationSet your bet by clicking on the -/+ controls on either side of the Play button. The game lets you choose a coin denomination, coins per line, and total stake. The cost per spin varies between R2 and R1,000.When you’re ready to play, start the game by clicking on the Spin button. Desktop players can also use the space bar or Enter keys to play.Click on Autoplay to pre-set up to 1000 auto-spins or to activate Turbo Mode and Quick Spin.

The slot pays out when you land matching symbols on at least three adjacent reels, starting from the left.

Buffalo King Megaways is a highly volatile slot. The average payback rate of the machine varies between 94.51% and 96.52%, depending on the version you’re playing.

Cascading Wins: When you hit a win, the winning symbols are removed from the screen and replaced with a new set of icons falling from above. The Tumble sequence continues until there is no new winning combination.

All Wild symbols landing during the round come with a random Multiplier value of 2x, 3x, and 5x. When a Wild is involved in a win, its multiplier value is collected in a Tumble Multiplier Meter on the left-hand side of the screen and the cumulative value is applied to the total winnings for that round. Getting 3 or more Bonus symbols during the feature will give you +5 Free Spins, and there is no limit to how many additional free games you can retrigger.

You can double your chances of winning the Free Spins bonus by activating the Ante Bet feature. Doing this raises the total stake by 25%, meaning that the maximum possible bet when the feature is on is R1,250.

The feature allows players to purchase the Free Spins bonus for 100x the total bet. This option is not available to players in the United Kingdom.

Can I Play Buffalo King Megaways on Mobile?

Yes. The Buffalo King Megaways slot is built in HTML5 format, making it compatible with all types of devices, including iOS and Android-powered tablets and smartphones.