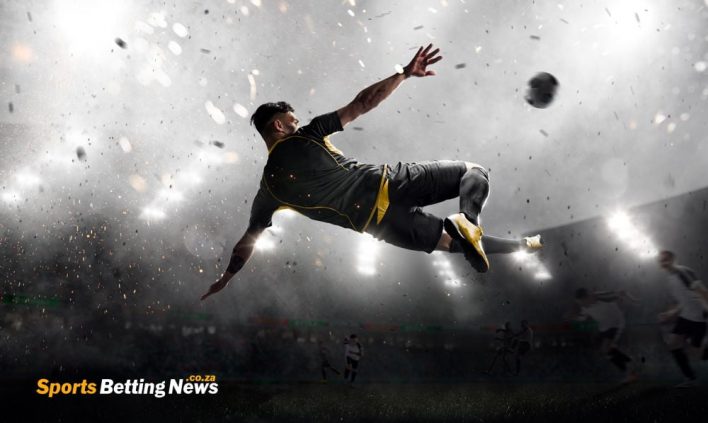 Children are introduced to many sports from an early age, and there are professional leagues for many different sports. Football, rugby, and cricket have many league tiers from professional to amateur and university clubs.

Here’s an overview of the most popular sports in South Africa. These aren’t the only sports played in the country, but these are the sports played and followed by the most South Africans. And like most countries, clubs develop strong fan bases of loyal followers.

It doesn’t matter whether you call it soccer or football; the game is the most popular sport in the world. And it’s no different in South Africa.

Whether you follow the Mamelodi Sundowns club, the Cape Town City club, Supersport United, or one of the 1,000’s of other soccer clubs in South Africa, there’s plenty of action.

Soccer or football isn’t to be confused with the version of football played in America and a few other countries. Football in South Africa is always the game called soccer, using a soccer ball.

Here are the top soccer/football leagues in South Africa. Many amateur and university clubs also play below the listed levels.

If any sport rivals the popularity of football in South Africa, it’s rugby.

The South African Rugby Union oversees a collection of 14 provincial unions. Every provincial union has a top, or professional, rugby team, as well as lower-level teams.

Each cricket team fields 11 players and games are played on a field with a 20-meter pitch. The pitch has a wicket on each end.

Cricket was brought to South Africa by the British in the early 1800s. But cricket is one of the most popular sports in South Africa, and boys and girls often learn how to play starting at a young age.

The equipment required for cricket isn’t cheap; so many schools don’t have the funds to offer the sport. But the game is so popular in South Africa that the ruling body over the sport, the CSA, provides equipment for many regional programs and district programs.

CSA stands for Cricket South Africa, which is the governing body over all organized cricket play in the country.

Golf is a popular leisure sport in South Africa, as well as a professional sport. It’s not as popular as the sports listed above, but golf is as popular in the country as in many other countries.

In addition to professional golf events like PGA events and PGA pro-am events, there are also amateur golf leagues in South Africa.

Here’s a list of some of the top golf courses in South Africa:

Tennis isn’t as popular in South Africa as soccer, rugby, and cricket, but it has a loyal following and a solid player base.

The Tennis South Africa, or TSA, governs the game professionally in the country. And they’re affiliated with the International Tennis Federation or ITF.

South Africa fields a Fed Cup tennis team, a Davis Cup tens team, and is represented at the Hopman Cup. Both men and women compete in tennis in the country.

While Formula 1, or as it’s also known, F1, doesn’t currently race in South Africa, it’s still one of the most popular sports. Of course, you can still follow your favourite drivers in all the F1 races held in other parts of the world.

Over 1,000 Grand Prix races have been run since they started in 1950. The main thing that sets Formula 1 apart from most other racing sports is the use of open-wheel cars. The ruling body for Formula 1 is the FIA.